Does anyone escape Target without dropping a hundred bucks?  I've now taken to just avoiding Target altogether.  It is the only store I go into requiring socks and come out with a basket full of "necessities".  Well, there and Costco, and maybe IKEA.  Thank goodness IKEA is four hours away.

This is a scene I witnessed when Sasha was much younger, like five.  I'm sure she would be appalled to think that at one time, this was a struggle for her.  I would go as far as saying, she would most likely deny this ever happened.  But, we actually got off pretty cheap on this trip.

Sasha shuffles toward the checkout, wallet dangling by the key ring looped around her finger.  She clutches her purchases with both arms: bag of Fritos, bag of Airheads candy, mechanical pencils, and a box of fruit roll-ups.

Barely three feet tall, her eyes even with the counter, she pitches the loot onto the belt, then fumbles to open her wallet.  It overflows with wads of crumpled bills.

SASHA
(peering at me)
I don't know if I have enough quarters.

CLERK
That will be six eighty-four.

A tall HIPSTER in his 20’s hovers behind Sasha.

SASHA
(desperate)
How many quarters is that?

ME
Give her seven one dollar bills.

Sasha digs through the wad.  The line behind her deepens.

ME (CONT’D)
Here.  Let me help.
(locating a ten amidst the crumpled notes)
Here.  You're giving her ten dollars and it costs seven dollars.  How much do you get back?

The Hipster leans in a bit.  Will she figure it out?

ME (CONT’D)
What is ten minus seven?

SASHA
Is minus the take away?

ME
(aware of the growing line)
Yes.

Sasha shifts her weight, then extends her five mini fingers on one hand and five on the other.

SASHA
(whispering to herself)
Ten.

The Hipster cheers her silently.  The Clerk fixates on Sasha, rooting for her as well, waiting to hand over the change.

As Sasha focuses, her tongue glides to the corner of her mouth.  She closes each finger as she counts.

Moving to the 2nd hand, she folds down the thumb easily.

As she bends down the middle finger, the ring finger folds against Sasha’s will.

Feeling her strain, the Hipster leans a little closer.

Sasha struggles to fold the pinky finger instead, but can't quite keep it down with the thumb.

The line behind Sasha swells.  The Clerk leans closer.

The Clerk deposits the bills and coins on Sasha’s open palm. Sasha clenches her fist and shoves it toward me.

She skips over to the low counter where her bagged loot awaits.  Grabbing the loot, she grasps my hand and skips off, tugging me along.

Now that the kiddos are in school, I try to avoid shopping with them, ever.  The days of a successful shopping trip defined as me NOT being that mother with the child running maniacally through the aisles have mostly subsided, but I'm still somewhat scarred.  Who would have thought a happy memory could result from a shopping trip with my kiddos?  I guess they do grow up.

Kiddos Update:  Sark and Sasha performed at the elementary school talent show last week.  In year's past, they always performed together.  Much to my dismay, the brother sister duo split this year due to creative differences.  Sasha thought Sark shouldn't hula hoop.  Being as that is his whole act, they came to an impasse.  Instead, Sasha recruited some friends to perform gymnastics with her.  I was sad at first, but soon realized it was easier to cheer them both on separately than to be in the middle of their squabble about who should be in front when, etc. 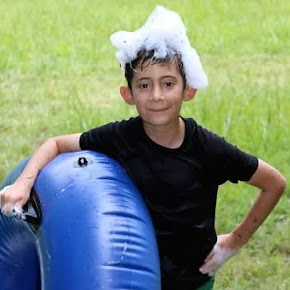 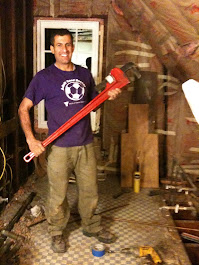